Today is my third day (I think?) in Singapore. I am sitting at Starbucks resting my feet, eating a cupcake and drinking some green tea lemonade. The cup cake snickers flavored: a chocolate peanut butter cake with peanut butter frosting and salted caramel and chocolate syrup drizzled with a snicker on top 😍. Best cupcake I’ve ever had. Oh and I just discovered it has a caramel and salted peanuts center!!

Ok I realize I just described the most stereotypical thing I could be doing right now… I promise I’m not being boring. I just ate spicy fish and stirfry and rice at a hawker market (like a food court … same same but different) and tried rambutan (nom nom tropical fruit) with the other girls who are interning at A*STAR this summer.

I’m writing this at Bugis Junction, one of the malls in this neighborhood. Across the street is Bugis+ (another mall) and Bugis Street which is a little market with stands that sell fruits, teas, toys and souvenirs, purses and clothes etc. I wandered through there for the first time yesterday while I was heading back from Sim Lim Square: a six story mall that is entirely dedicated to selling electronics and computer stuff. There must be fifty stores in there selling the same thing. Singapore is pretty much composed of malls and food courts. On my first day here I walked through five different malls. By now I think I have been to 15 or 16 different ones (one entire mall mostly dedicated to lamps). I’d guess I’ve been through three times as many food courts? It is basically impossible to get from point A to point B without walking through a mall or food court or hawker.

Singapore things that are making me feel like I don’t want to go back to America:

Another thing about Singapore; everything is very structured and systematic. There are always signs and often voices on loudspeakers telling you what you should be doing. Everywhere. It sounds kind of stifling, but so far I don’t mind it and it helps everything run effeciently.

How to Escalator like a Singapore Local:
When riding an escalator, stay on the left side if you are going to stand. This makes room for those who are in a hurry to walk up on the right. So efficient.

At first I didn’t know this escalator convention, but by now I am already rolling my eyes when I see someone standing on the right side and blocking people from walking. Lol. Mel, My First Friend In Singapore :)

I’ve become addicted to wandering. On my first day, I asked Mel, a girl who works at my hostel, where I should go. She suggested I take the MRT to Bugis. At first I felt a little strange walking around with no direction. I ended up in a mall and I felt like I didn’t want to be at a mall because I could go to a mall anywhere. This was before I realized that Singapore is mostly malls.

After I explored Bugis for a while, I asked someone else where I should go. They suggested Marina Bay Sands and showed me the way. Every time I started to walk home, I kept finding new things and staying out longer and longer. The next night I went out for dinner in China town where my hostel is. I had already explored quite a bit that day so I was expecting to grab something quick, but I ended up drifting again for hours through Chinatown and downtown to the Fullerton Hotel. It is such a good feeling to be able to explore on your own and find so many exciting new things.

#Some Pictures from My Adventures 500 different kinds of tea, 15 kinds of earl grey, all with paragraph long descriptions in this book lol About to lose to the bartender @ Raffles Hotel 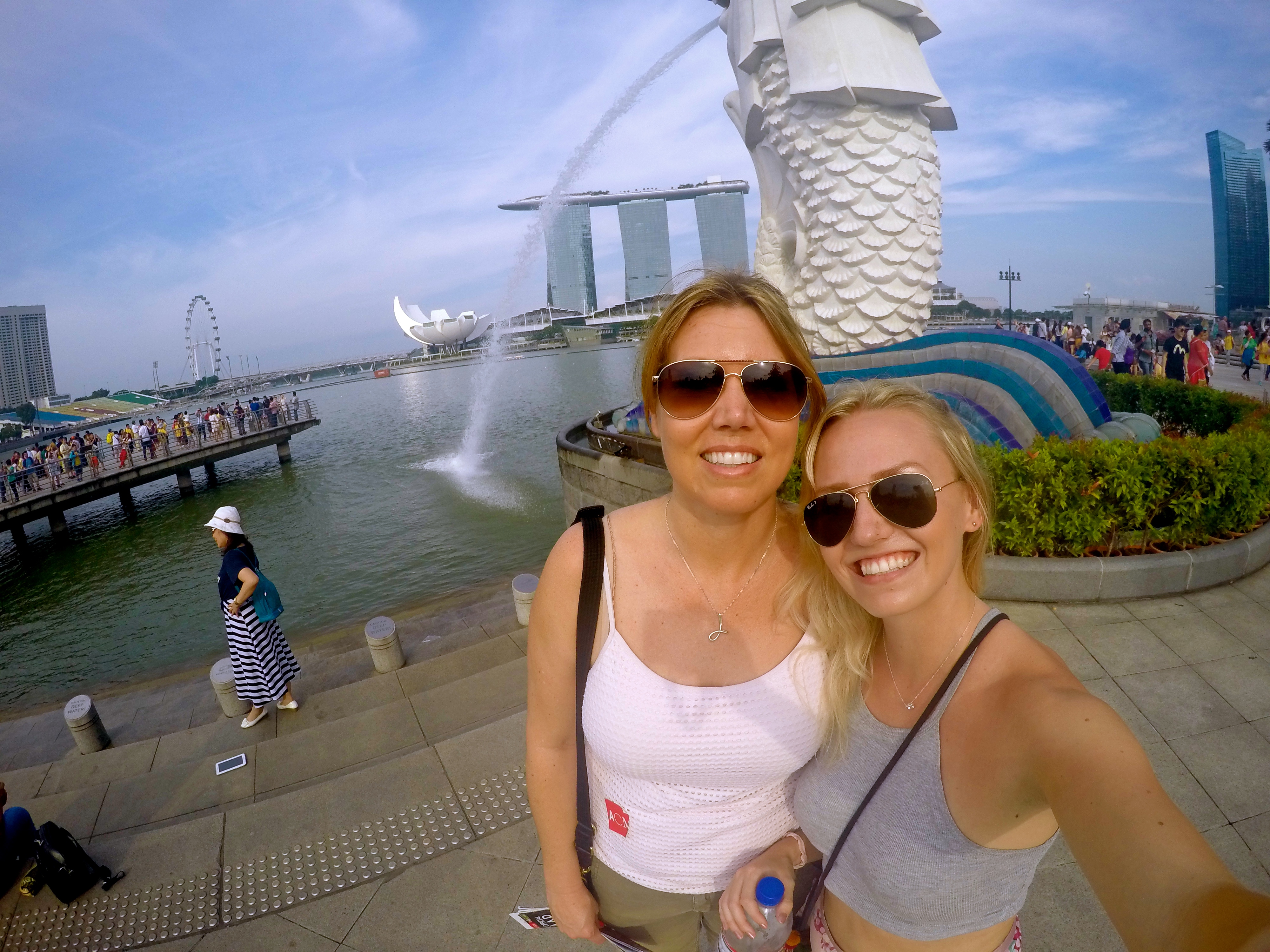