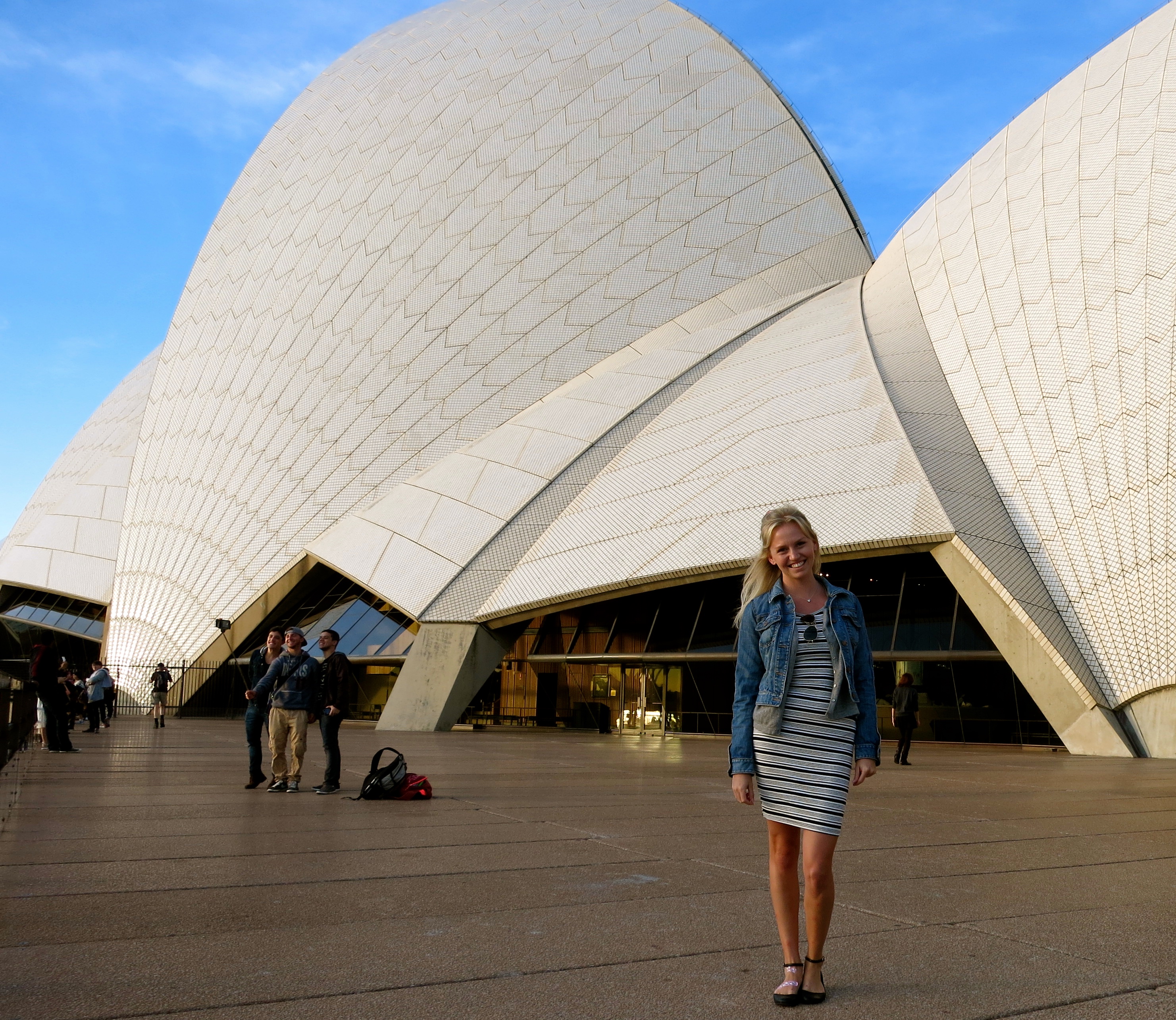 First I’ll tell you how I almost wasn’t allowed to board my flight to Australia. Once I got to the check in counter in Krabi, the woman working asked me for my visa, and I replied, “I need a visa?”. It was 45 minutes before my flight and the people working were incredulous that I didn’t know I needed a visa to enter Australia. They called their supervisor, who was debating whether she was going to let me go to Kuala Lumpur, where I was connecting to Sydney. I pulled out my phone and googled “visa Australia”, clicked the first link and hastilly filled out the information, all while I was taking things out of my bag to get it under 15 kg (so I could save $2000 baht) and running back and forth to the sales counter to pay to check my bag.

For the next ten minutes I was just standing with the thai woman at the check in counter in silence while we waited for her supervisor to escort me to the plane. She was giving me a look that I could only interperet as a mix between “you’re so screwed” and “you’re an idiot”.

I was trying to be positive, smiling and telling her “I think it will be ok!”. In my head I was thinking “omg I’m an idiot … wtf am I going to do … hopefully it goes through by the time I get to Kuala Lumpur … I’m not telling anyone this story … am I about to be stuck in Thailand? … maybe I should go back to Phi Phi …” while I furriously refreshed the webpage that said “your application is being reviewed”. The lady sighed and asked for my passport again, typed something in, made a surprised sound, and started speaking in thai on her walkie talkie. I’m thinking “omg, is this good? is this bad? wtf is happening?”, and finally she looks up at me and asks “already approved?”. I had no idea but I went ahead and said “yes”! Next thing I knew I was running to the gate! Which of course I couldn’t find, ran into someone wearing a Cal hat and asked them, yelled “go bears” as I ran away, and made it to the gate with time to buy a water and a little spoon that says thailand on it :) I guess I’m collecting spoons now.

TLDR; Don’t be dumb like me and check if you need a visa before you buy plane tickets.

On both legs of my flight to Sydney, I had the whole row to myself, so I could stretch out the whole way and sleep :). I got to Australia at about 10 AM and waited for my Australian friend Jared to pick me up. I felt a little bit better about my visa situation when I found out that the same thing happened to Tony, Shelby, and Jacquline at LAX. After some breaky we drove to a pretty park near Bondi, where we could see the Sydney skyline, the Sydney Harbor Bridge and the Opera House in the distance. 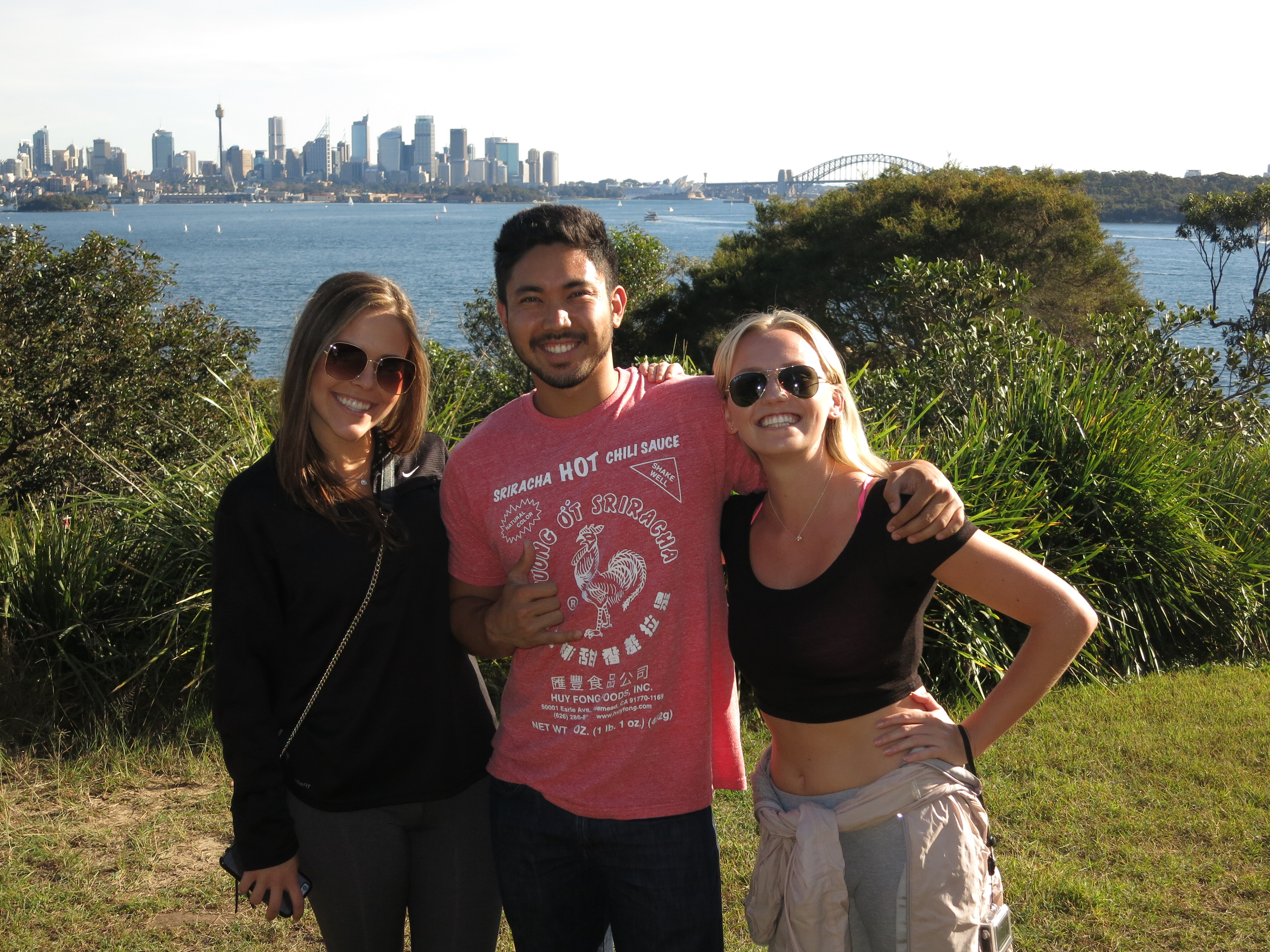 Jacquline, Tony, and Me 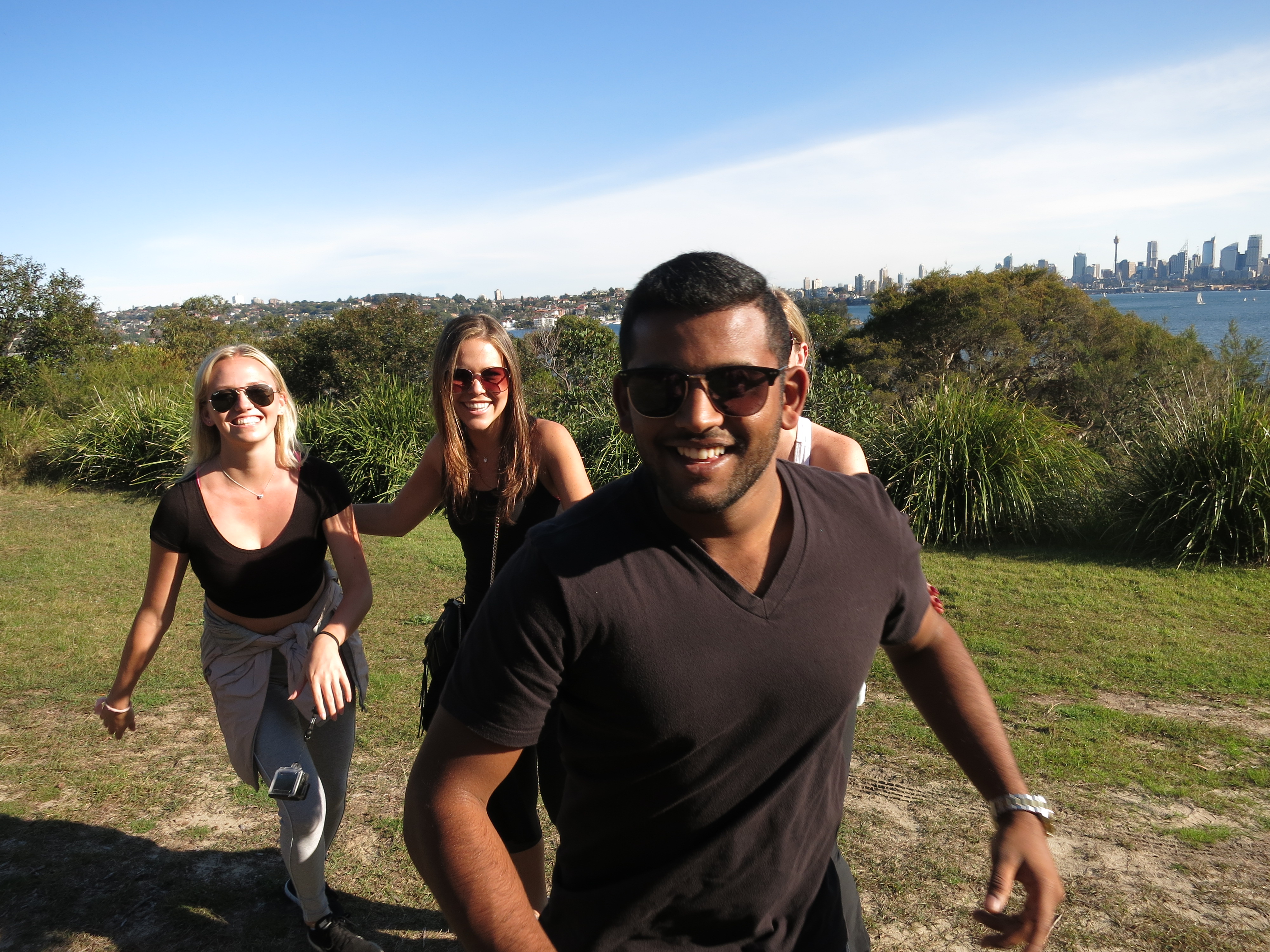 We headed to Bondi Beach Club for some coffee. The area felt like La Jolla and Santa Monica mixed together. The lap pool at Bondi fills up with ocean water when waves crash over the edge. 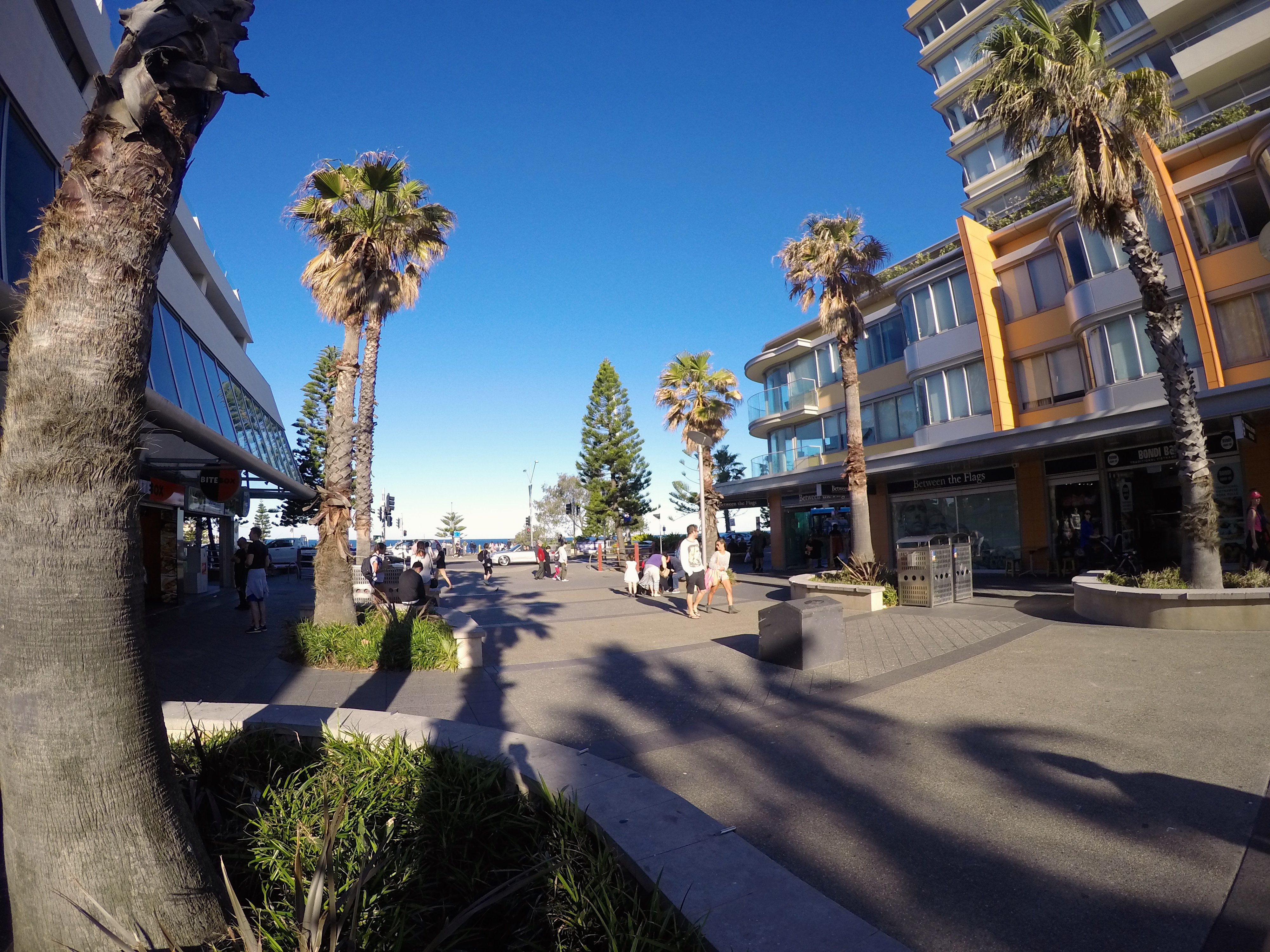 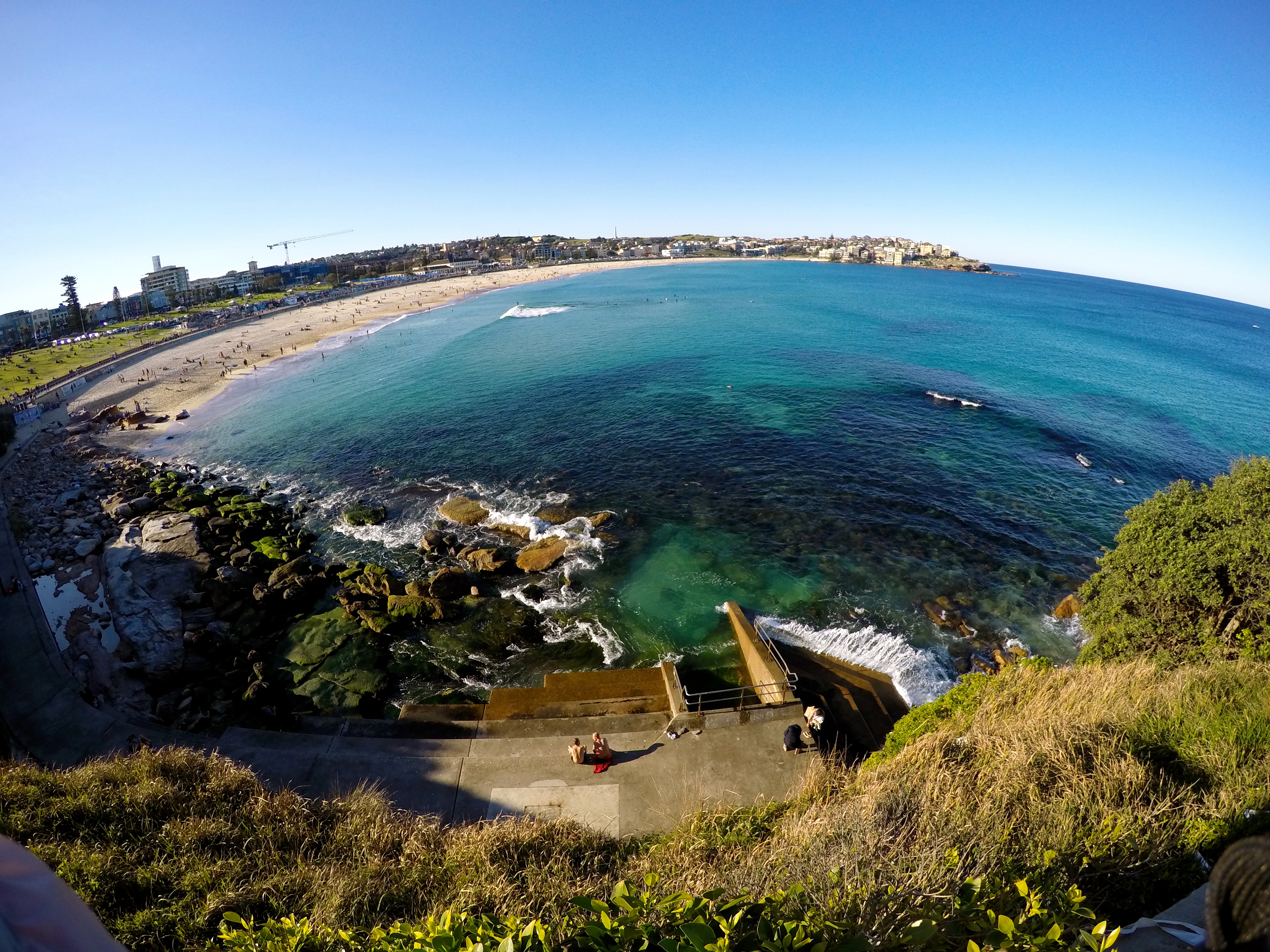 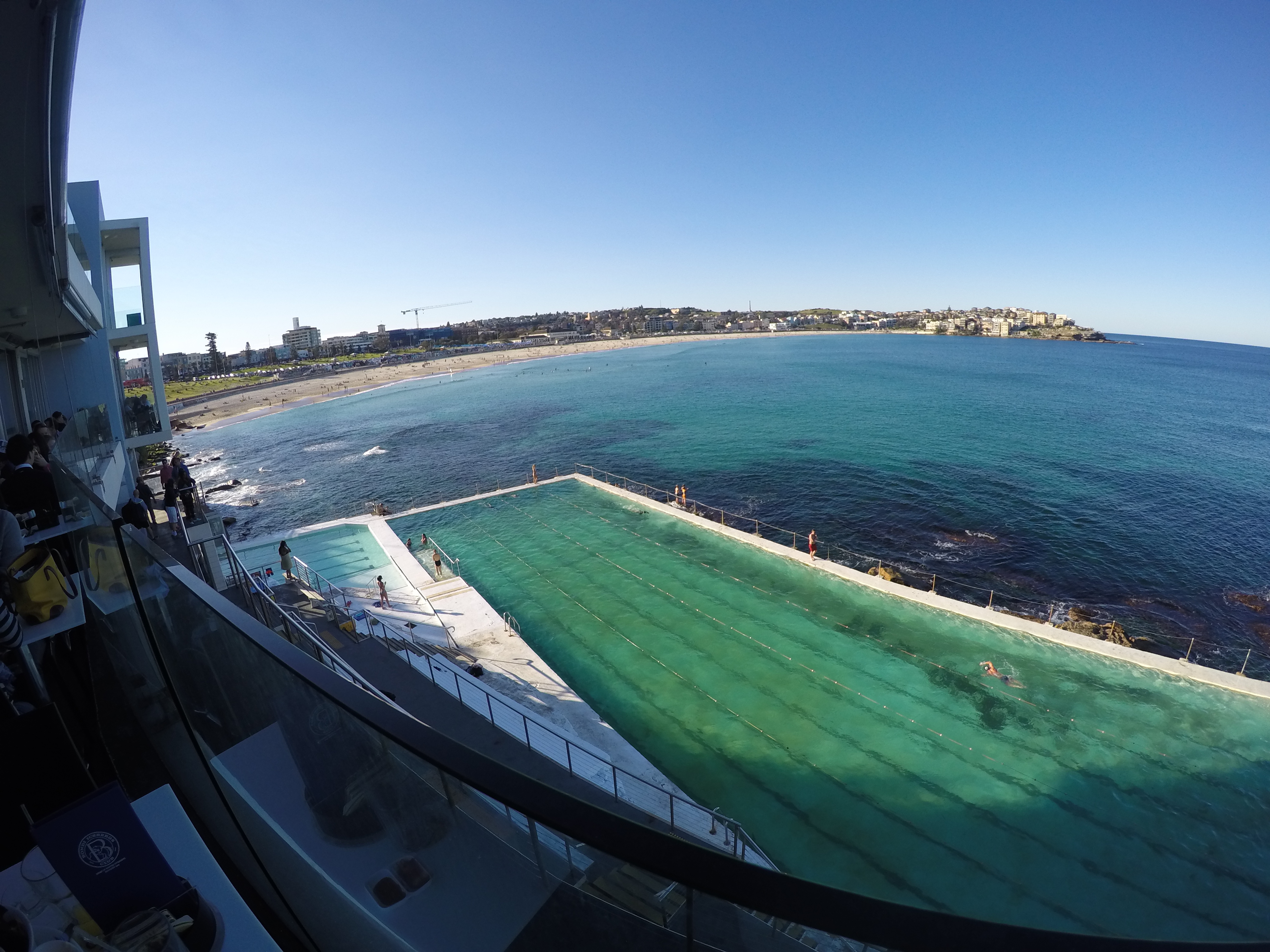 After Bondi, we went downtown to have dinner and watch the sunset. We parked at Jared’s office and walked to the Sydney equivalent of the Seattle Space Needle for dinner, but it was closed for the Queen’s birthday. So we walked to another bar with a view of the harbor bridge and the opera house. I happened to arrive in time for the last night of the Vivid Light Festival, so the bridge, opera house, and other buildings downtown were all lit with pretty changing colors and images. Then we went down to The Rocks and walked around looking at the Vivid attractions. 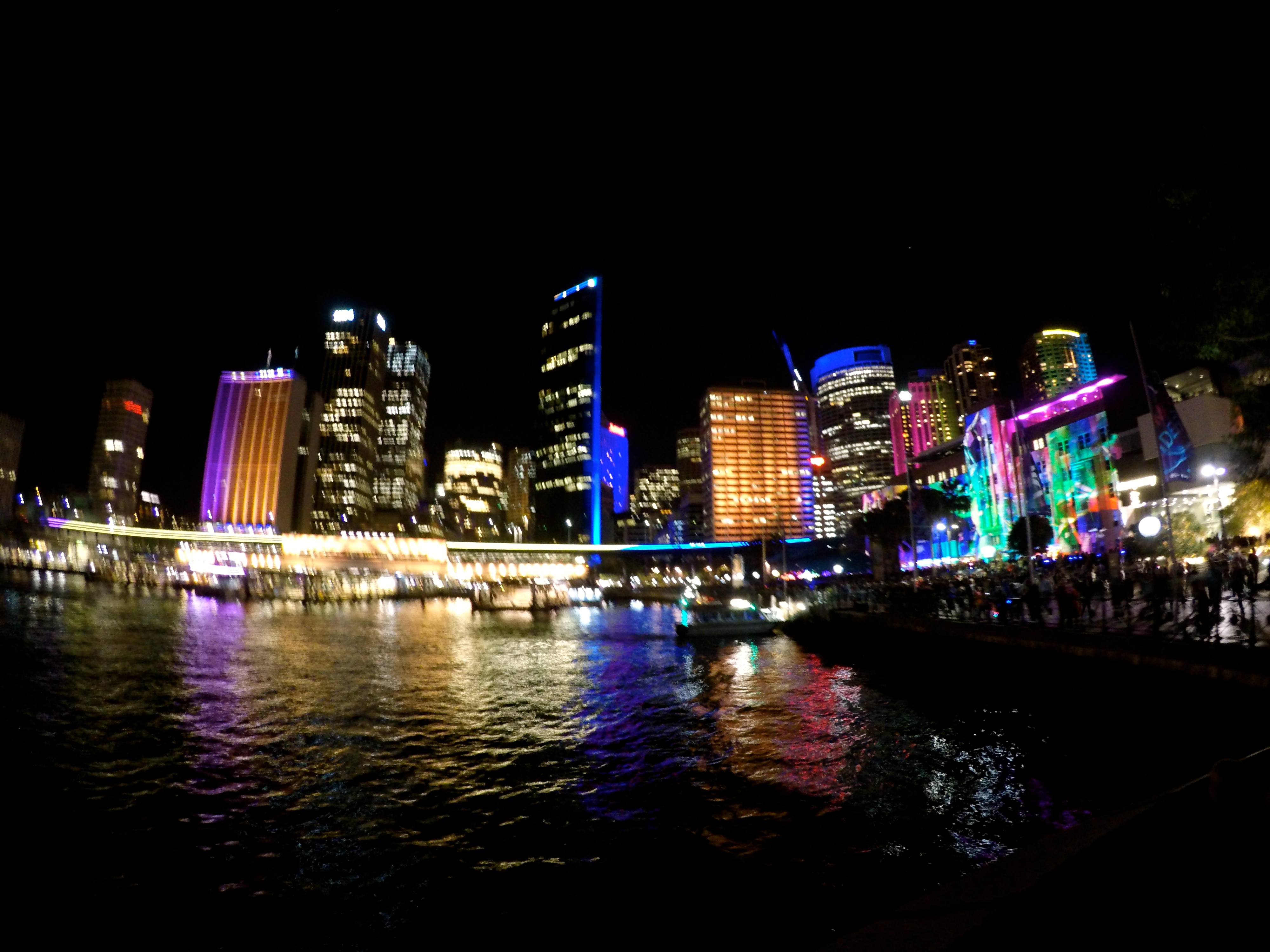 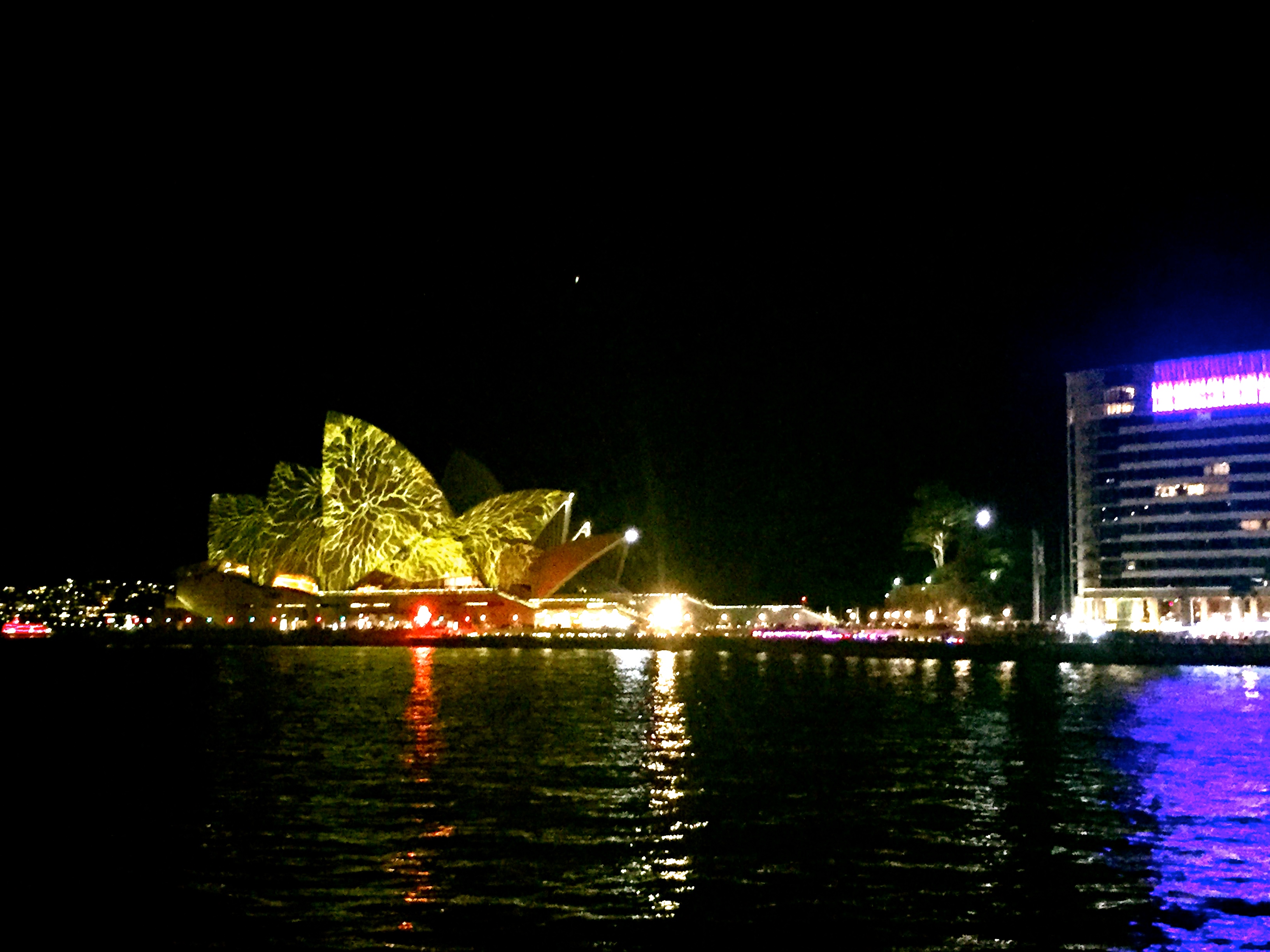 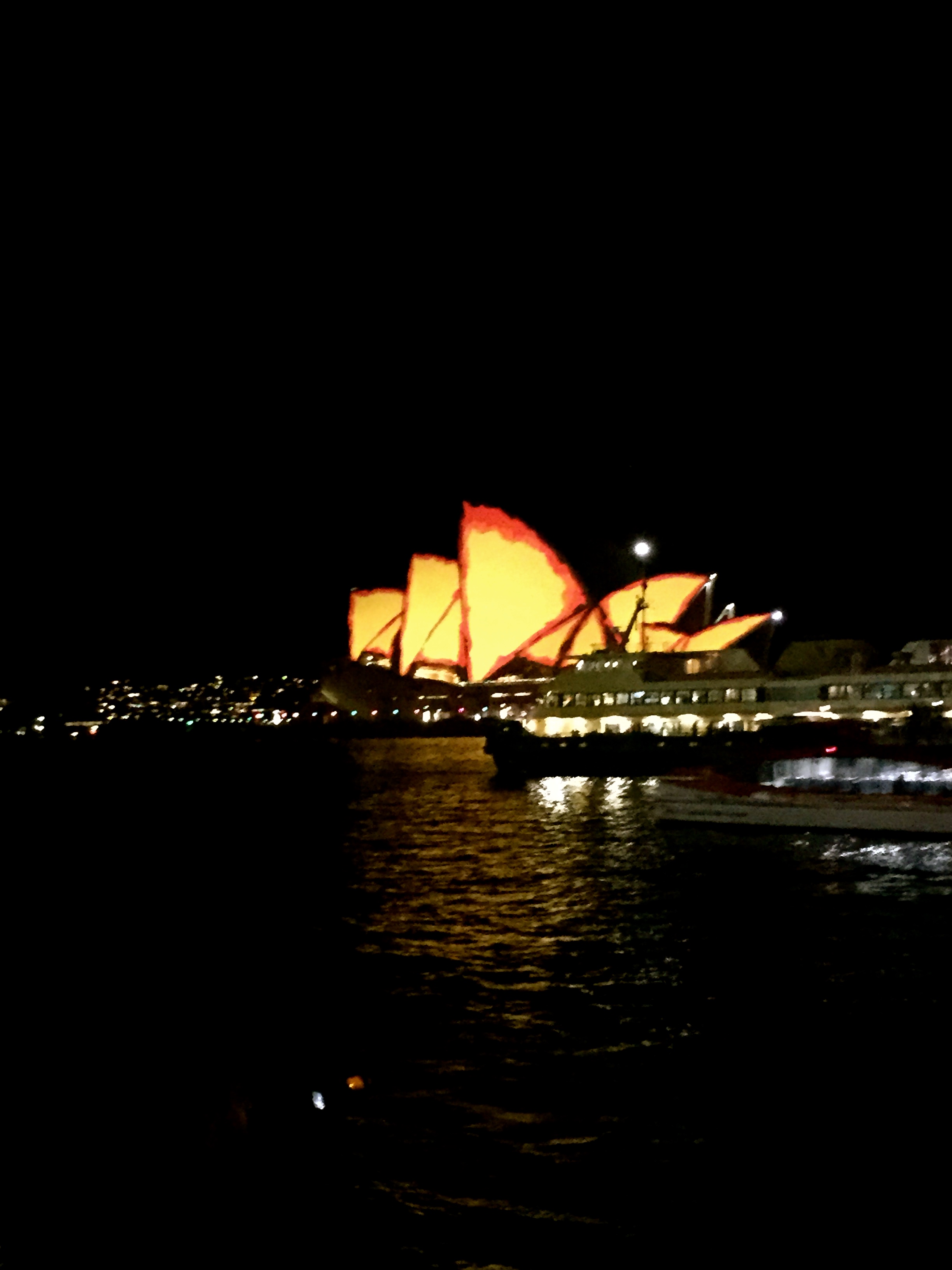 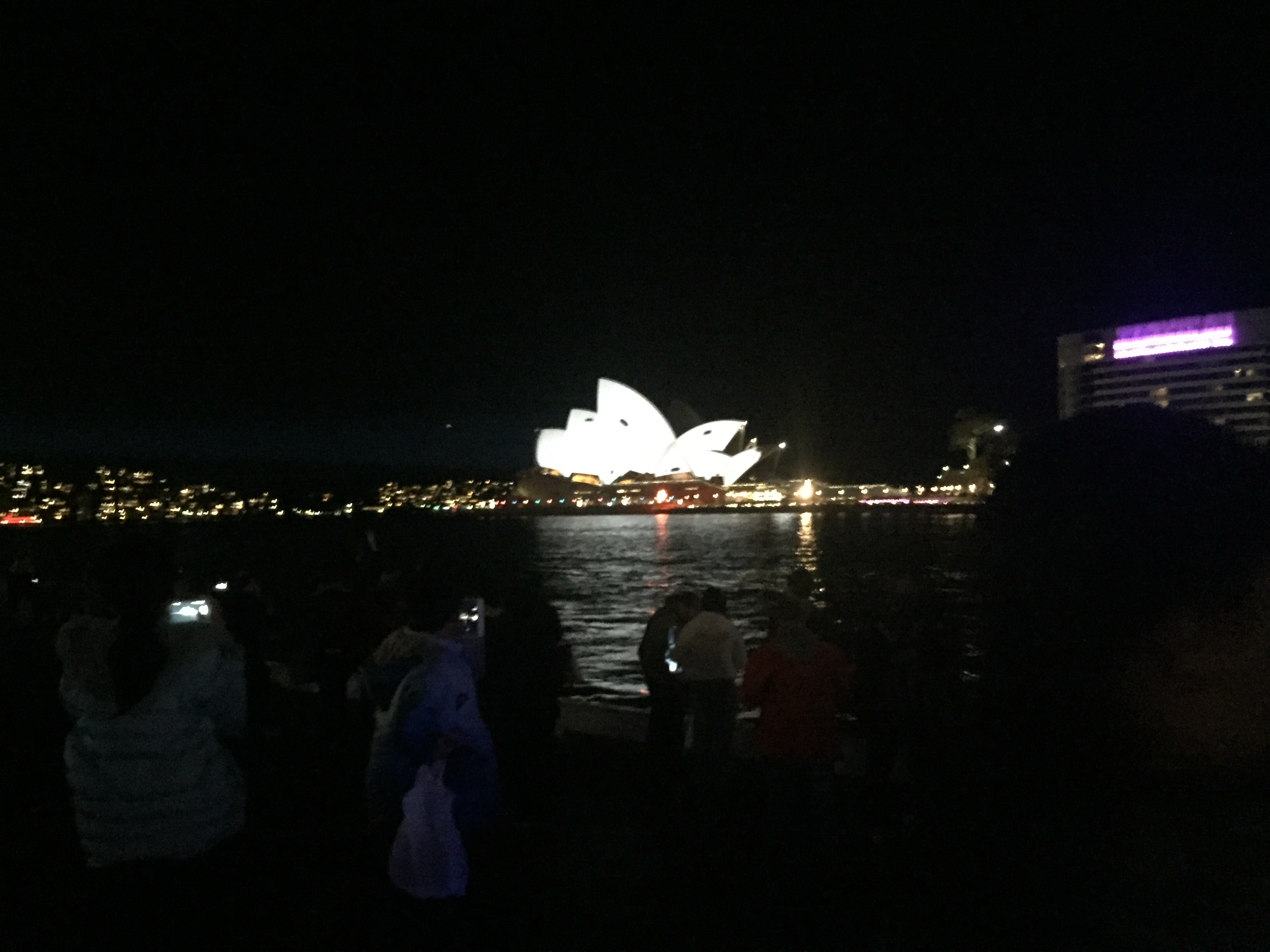 Then we went for Thai food at the casino. Thankfully nobody noticed that my drivers license is two years expired. I handed the bouncer my California ID and he shrugged and said “could be fake, I wouldn’t know the difference!” as he handed it back to me.

The next morning, Jared had buisiness things to do so his best friend Johnny took me and the girls to breakfast at The Grounds. It was a little group of resturaunts and shops in an industrial area. Right when we walked in we saw some goats and a mini horse, roosters and chickens, and a big fat pig. In another resturaunt they had a pretty blue Mccaw. While we waited for our table we admired the beautiful plants at the florist. 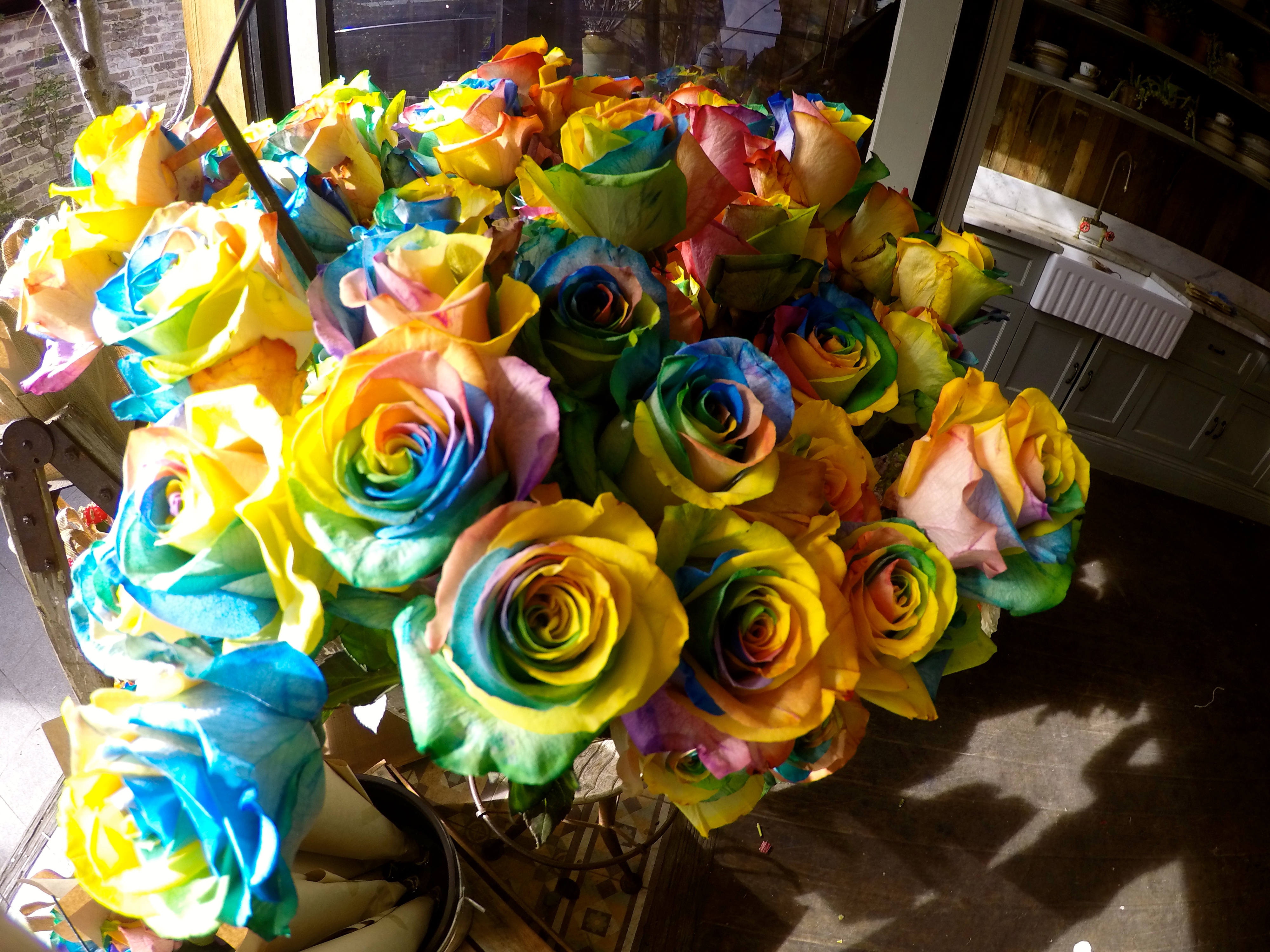 When I asked for a coffee the waitress kept looking at me expectantly. Eventually she asked me what kind of coffee I wanted, I answered, “a black coffee”? Apparently regular coffees are called “long-black”s here lol. I also had fried eggs on sourdough, which seems to be a popular breakfast item, and some carrot-apple-beet juice. Nom! 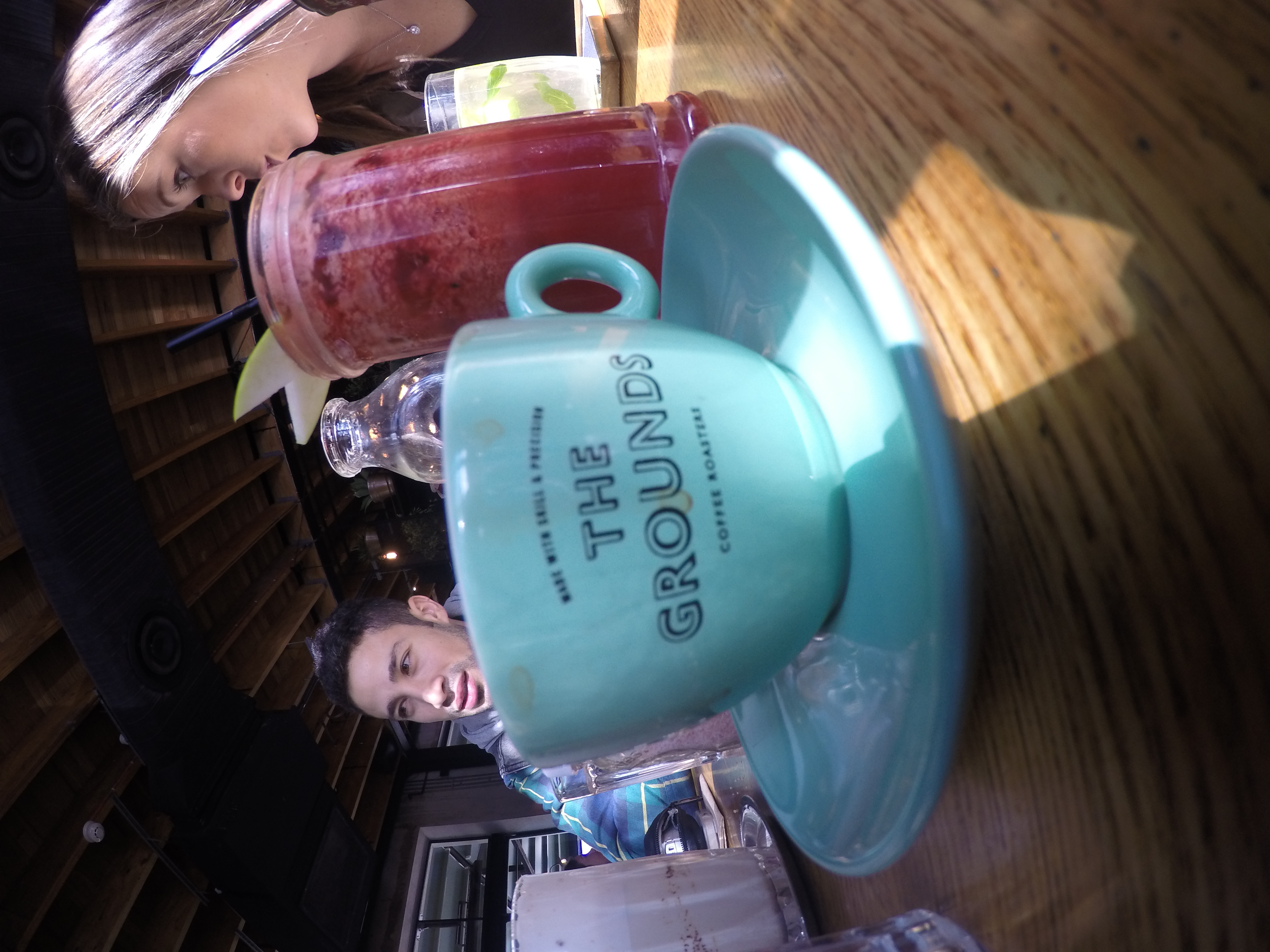 After breakfast the girls and I went to the aquarium at darling harbor where we saw “dugongs”, an ancestor of mermaids and manatees. It was really great to find out about my ancestors :)! I also got to touch a starfish and a sea cucumber. The sea cucumber was slimy and squishy. 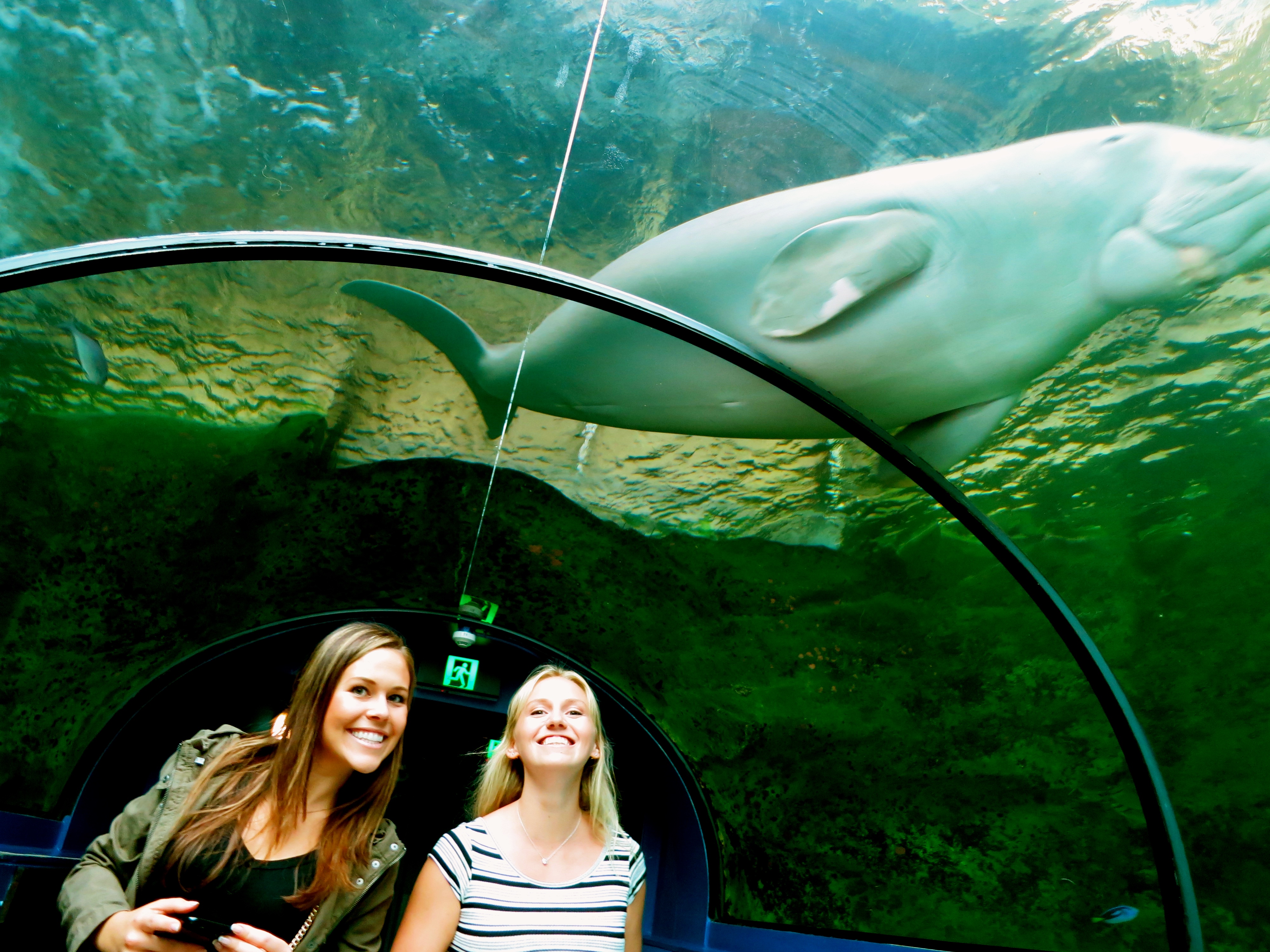 Me, Jacquline, and Dugong 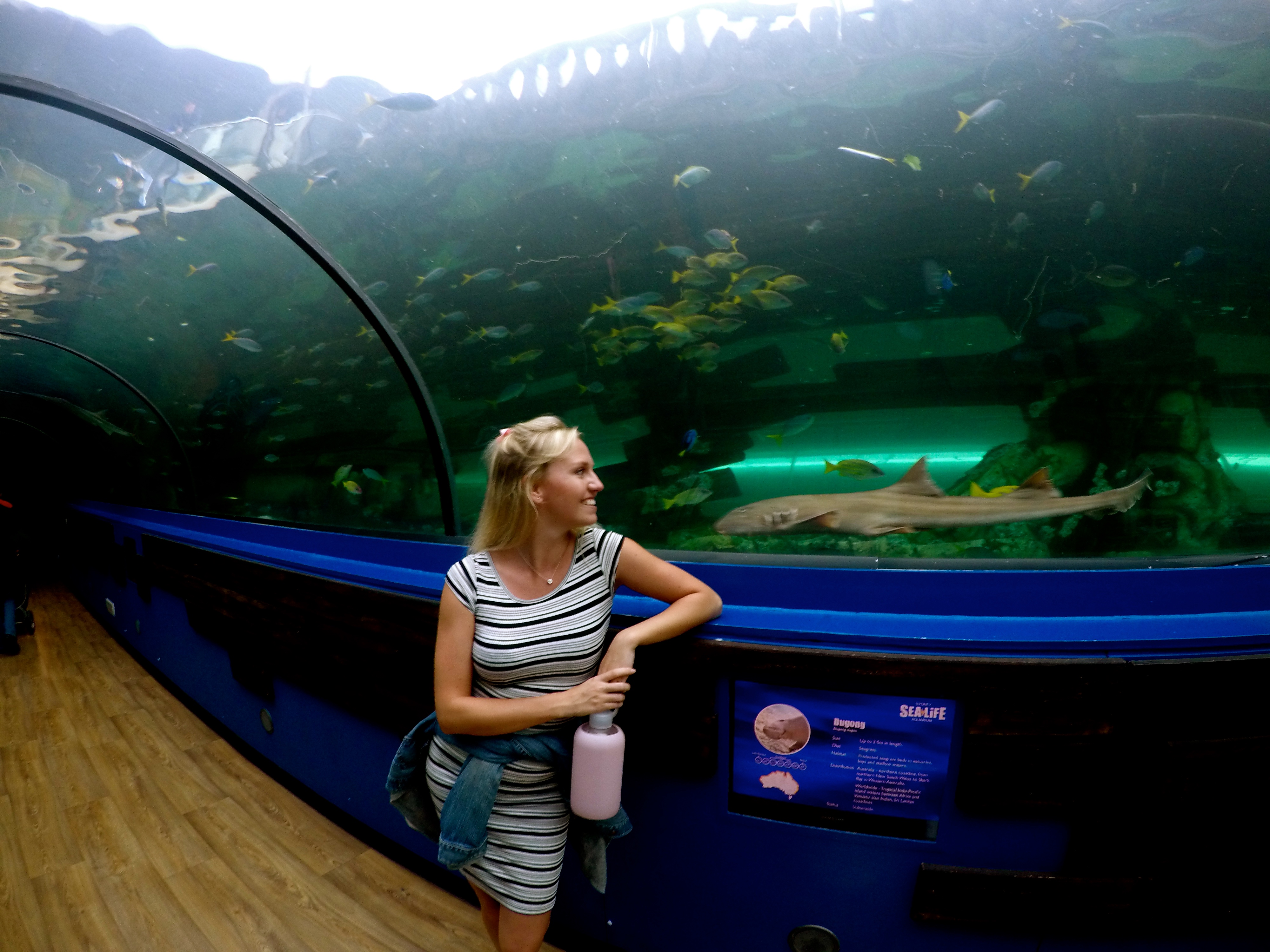 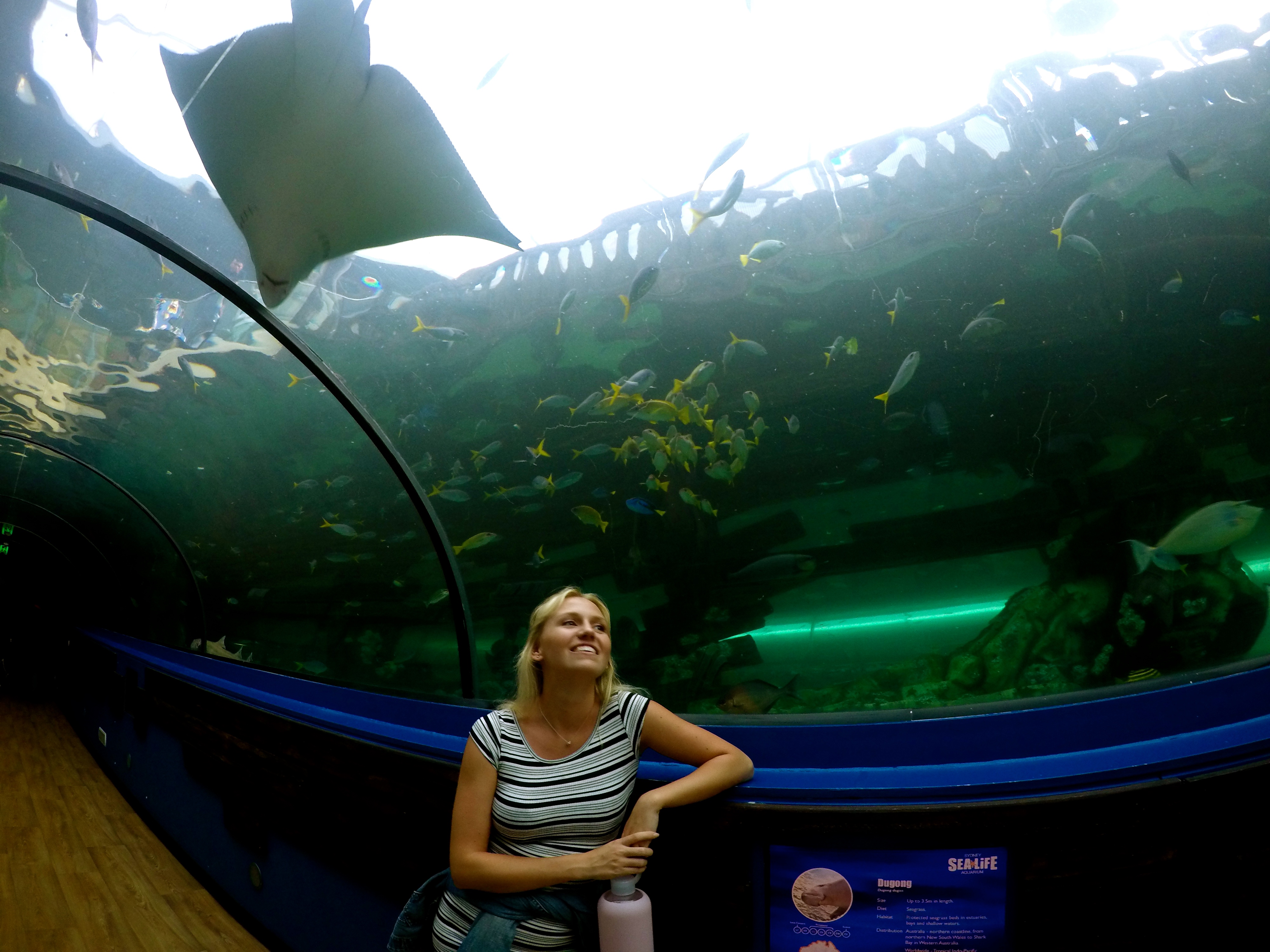 Later we walked to go see the opera house up close. The white tiles were really beautiful. I was hungry so we grabbed a snack at Gelatissimo. Their gelato was so rich and creamy, I highly reccomend it!! I couldn’t decide what flavor to get so I got a scoop of white chocolate and a scoop of cookies and cream (my favorite :) ) 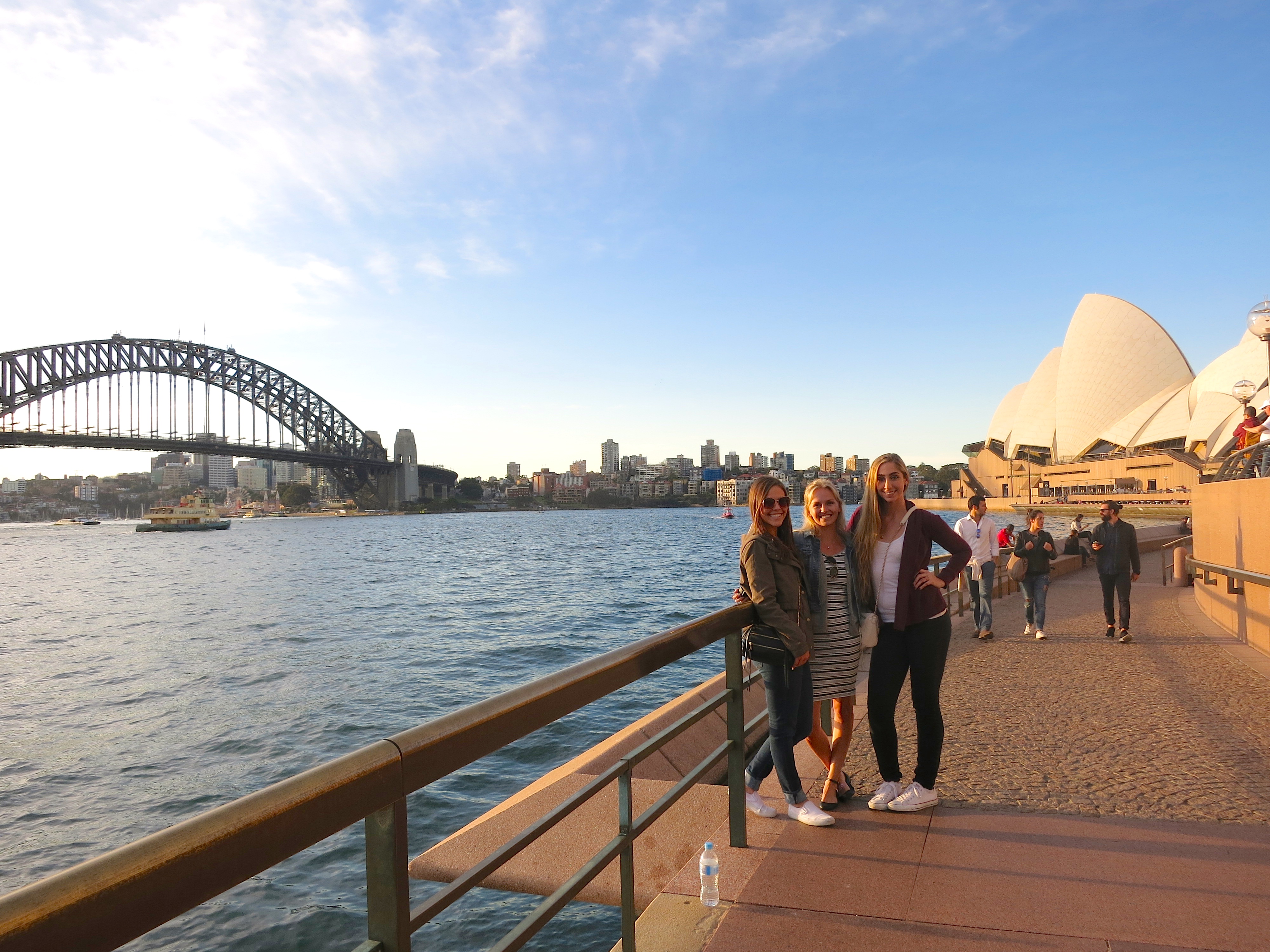 Shelby, Jacquline and Me :) 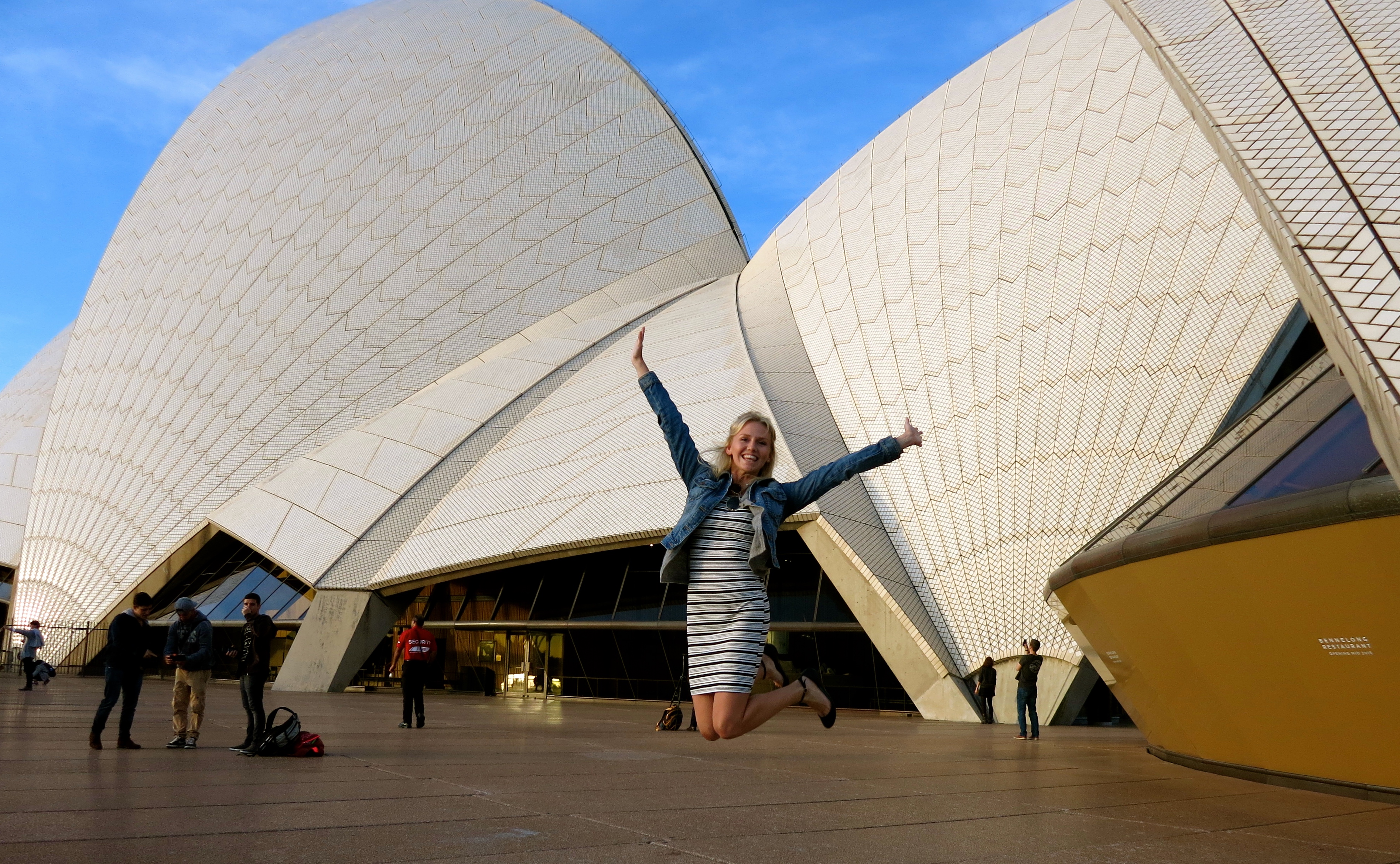 Do you have a more clever idea for the name of my blog???? Tell me! I love to read your comments :) Next up: hamilton island and the great barrier reef. XOXO